LISTEN AND READ FROM VOID OF COURSE!

Boulevard of Bad Spells and Broken Dreams Book One: Void of Course

Taina Aponte, the sole survivor of the arson fire that killed her family, was taken to safety by her grandmother, fleeing the wholesale destruction of The Bronx. Though her fledgling powers are not developed enough to battle the evil forces that wrested control from the police and still evade justice, time is running out to find those who know the truth. Her search uncovers a vast conspiracy, and empowers the few remaining practitioners of white magick to fight with her to restore the balance between good and evil–and take back the neighborhood.

This novel series is set in the Mott Haven section of The Bronx, New York, notorious for its rampant drug culture, prostitution, and gang violence. During the 1970s and 1980s, this area was nearly burned to the ground by landlords seeking to get insurance money and get out.

Boulevard is a cross between Fort Apache, The Bronx and Bonfire of the Vanities by Tom Wolfe with a paranormal twist. Taina intends to accomplish her goal and get away but soon learns the protective spell her mother placed on her before tossing her to safety ensures she would return as the White Witch and balance the forces of good and evil to restore order and civility to her ravaged hometown.

Taina faces her greatest fears and learns to fight off zombie foot soldiers, a werewolf landlord, and a dhampir pimp and drug dealer, all with the help of Arnaldo, a cantankerous male witch with his own big secret, and fairies that shape shift into pigeons, rats, and a red tailed hawk.

Urban Fantasy Shorts, including some excerpts/out takes from Boulevard of Bad Spells and Broken Dreams have been featured in these anthologies edited by Rayne Hall and April Grey 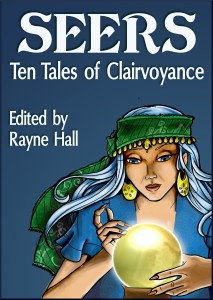 Dance with the Devil

Taina settled onto the cold, metal chair, her back erect, stomach lurching like she was in a confessional about to disclose her deepest, darkest secrets. Only now, she was not only violating the Catholic teachings she’d already rejected when deciding to follow the way of the Goddess, she was about to plunge into brujería and all its dark secrets.

Josefa closed her eyes, and muttered some incantation under her breath. She then stared, entranced, into the triangle whose icons now appeared to be moving. Danger tickled Taina’s scalp, mystery swirled around her. This wasn’t the gentle benevolent magickal energy raised in a traditional circle. Josefa pulled her presence into the room, reached for, and shuffled her cards.

Lord Dhampir Raul perched atop Ritual Rock. Mystical energy and wisps of all ilk of magick circulated around the granite slab in a remote corner of the park, but he was concerned with only one thing.

The White Witch’s ivory blouse topped off her mocha complexion like a dollop of whipped cream. That clingy skirt showcased a lovely round ass, toned legs—too perfect a beverage to be sipped by just anyone.

No ordinary Bronx girl, though naïve and unaware of the vast power she possessed, Taina Aponte wasn’t desperate enough to offer her loyalty, her neck, or any other part of her body, to him in exchange for a hit of heroin, cocaine, or crystal meth. 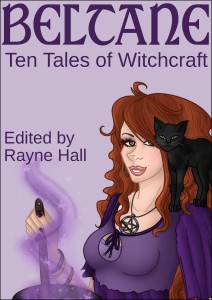 Taina walked counterclockwise around the eastern side of Ritual Rock. Her scalp tingled. Haphazard, conflicting energies left over from magickal jamborees of all ilk reverberated. She focused on only those in the green spectrum and forced the others deep underground.

Zeus, his tail and ears pricked, waited on the south side, facing forward, head moving to and fro. To any onlooker, the tiny dog was resting in the shade this hot summer day. Though Taina’s familiar would prefer to frolic, his first duty was to his mistress.

Reviewed by Tori Ridgewood: Discovering this colourful tale of urban magick was a complete delight. One simply does not expect to encounter witches in the city, let alone builders of magickal circles, crafters of spells, or celebrations of sacred fire festivals in the concrete and pavement landscape. Moleti’s portrayal of the balance between the intangible and the mundane is bang-on. There is a care to the works of the urban witch, a certain way to juggle the Craft without attracting unwanted notice, and she has captured it brilliantly.

Not technically part of the Boulevard Series, The Ultimate Test is an very dark urban fantasy short originally published by Mocha Memoirs Press in the Toil, Trouble and Temptation Anthology, it found a new home in Hell’s Heart anthology.  Set in the Washington Heights neighborhood of Manhattan, as notorious as The Bronx for its gang related violence and drug trade. Some call this horror, but see my take on the genre here.

Aramis Sauros is having some difficulty adjusting to the restrictions imposed by her third life sentence. She will not rest until she settles a few scores and concocts a unique form of brujería to achieve her goal.

The santera’s attention focused on a bowl of cloudy water beneath the icons. She picked up Aramis’ hands rubbed the palms. “Vengeance. You seek vengeance.”

A pencil scratched as the santera totaled the order on a scrap of paper. “To augment the power in your potions, burn this candle until it’s done, then return to me so I can finish it and give you further instructions. $75.00.”

Aramis took the black jar. The wax pillar inside swam in murky liquid that bubbled at her touch. She left a $100.00 bill on the counter. “I don’t want to endanger you.”

The bell tinkled. The door latched shut. Grief tugged her heart. It had been two lives, too long since someone called her their precious little witch. 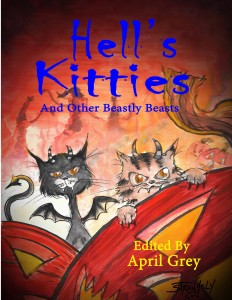 The most lighthearted of all my stories, Cats and Dogs on Call blends a little fantasy into the workplace. Species have been changed to protect the innocent–and the guilty.

Tom Cat, the ginger tiger anesthesiologist, shakes his head and curls up on the other end of the bed for a quick nap before they call him for the next case. He’s already been bitten one too many times tumbling around with Sasha in a basket of yarn balls. I scramble up to the top bunk and fall asleep despite the German shepherd snoring under me. He gets a page and rushes off to the ICU. Someone bangs on the door to rouse the rest of us puppies and kittens for the next wave flooding the ER.

Phaedra cradled the fairy lamp in both hands.

“It’s very pretty , Alexa. Do you think Mother would like it?” I haven’t bought her a Christmas present yet? Father reached for his wallet in a back pocket.

How could he not have made the connection? “No, it shimmers too much. You know how she feels about that.” Why had I started looking around this place?

“It won’t shine unless you light the candle.” Phaedra slipped the fairy lamp into a hutch behind the counter. She turned her back, and the glow disappeared.

He was as bewitched as the lamp but even I, who knew the power that little jar held, found myself drawn to it, fascinated by it, hoping it would glow once more. At that moment I knew that Mother had been right, and that the fairies were evil and out to steal me. 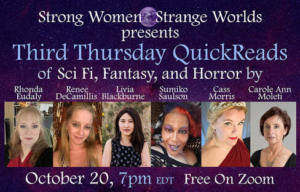 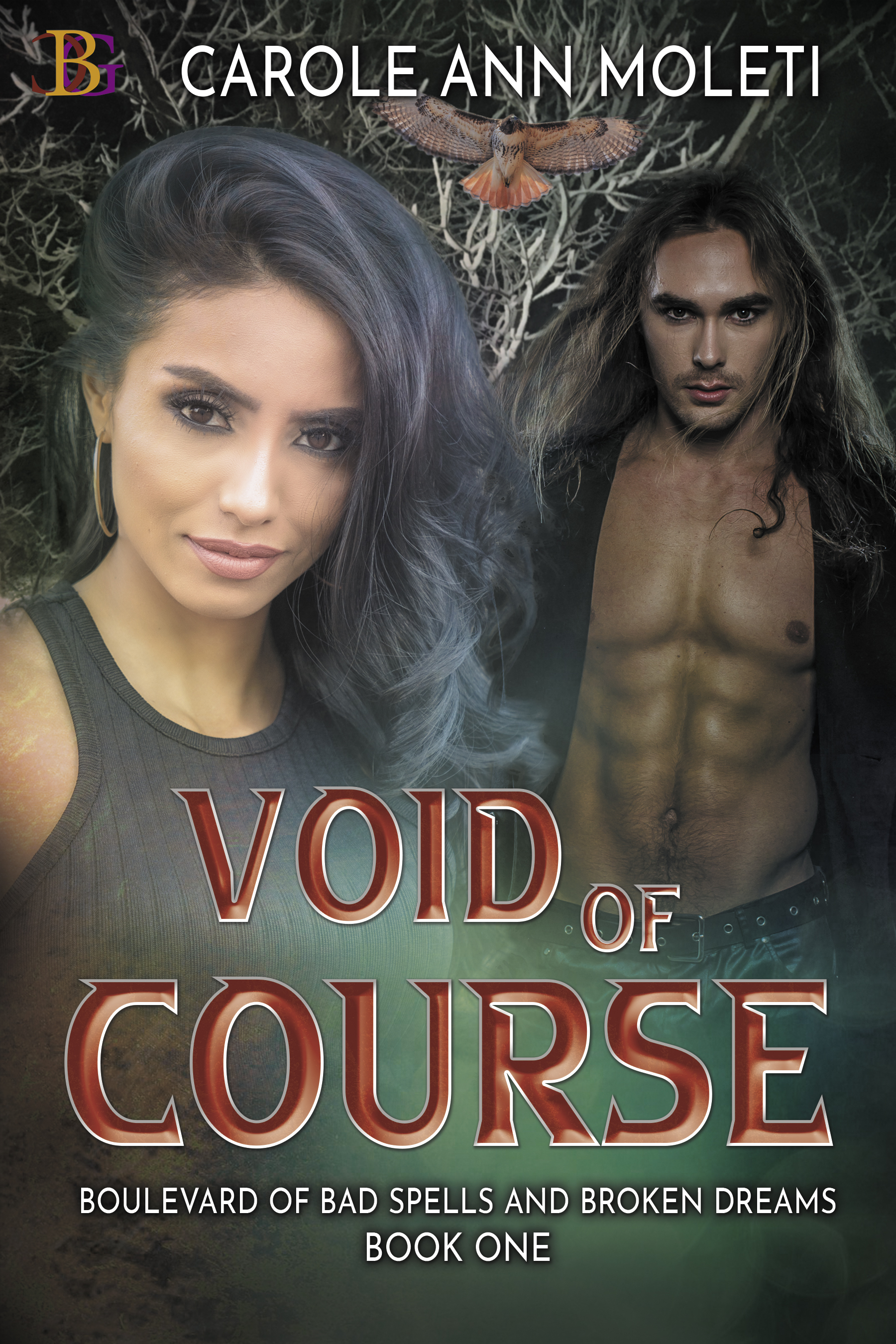