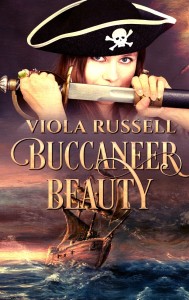 Graínne O’Malley is the beautiful daughter of a powerful Irish chieftain and a conventional mother. At the age of eleven, Graínne cuts her hair and sneaks aboard her father’s galley ship, determined to follow a life at sea and to seek the company of a handsome Scottish gallowglass, Bruce Donnel. Graínne proves herself a budding warrior when Spanish marauders invade her father’s vessel, but her parents have other plans for her. Though an able sailor, Graínne is forced to marry Donal O’Flaherty, another powerful chieftain. Though enamored of Bruce Donnel, she obeys her parents and proves an able helpmate to her violent and rash husband, continuing her own adventures at sea while raising children and supervising her husband’s home. Her heart, however, still belongs to a handsome Scot she can never have.

ht hairs on her neck. “Don’t play with me, Grainne. It hurts too much.”

Grainne swallowed hard as her very being lurched with desire and aching need. Every sinew in her body wanted to wrap him within the all-consuming fire of her passion. She forced a laugh into her voice. “What hurts? By what I hear aboard ship you waste no time pining for the chieftain’s daughter. You’re quite the man about port. Many a Spanish and French lass can attest to that.”

“They mean nothing.” His fingertips lightly touched a strand of her hair, but he jerked away as if an electric jolt raced through his body. He added bitterly, “But you’re the daughter of one of the most powerful men in Connaught, and you’re soon to be the wife of another. I’m a poor mercenary.”

“Not so poor by what I’ve heard.” Grainne struggled to control her own rapid breathing. The heat of his body infiltrated her very pores. “Rumor has it you’ve farmland in the Highlands.”

Bruce’s face was very close to hers as he moved closer to her, his breath fanning against her lips as they lightly touched hers.  Grainne involuntarily touched his cheek, her fingertips on fire and her own breathing sounding loud in her ears. “You’ve heard right. It would be a great place to raise sheep, if I had the right woman.”

“Aye. It would be in a place with the right woman.”

Viola Russell is the pen name of Susan Weaver, a New Orleans based writer. Viola Russell was the given name of the author’s late grandmother, and many of Russell’s books 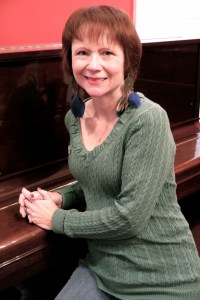 celebrate New Orleans, the place of her birth and the residence of her family for many years. The current Viola Russell was born in the early ’60s to loving parents who taught her to pursue her dreams.

A typical Louisiana girl, Russell loves festivals, music, and family. When not writing, she loves reading, traveling, and teaching.