I love when the title of a book makes you want to read it, and this cover is the icing on the cake.

Beverly Walters is dying, and before she goes she has one wish—to find a groom for her daughter. To get the deed done, Mama enlists the dating service of Jack Somerset, Allison’s former boyfriend.
The last thing corporate-climbing Allison wants is a husband. Furious with Mama’s meddling, and a bit more interested in Jack than she wants to admit, Allison agrees to the scheme as long as Mama promises to search for a cure for her terminal illness.
A cross-country trip from Nevada to Ohio ensues, with a string of disastrous dates along the way, as the trio hunts for treatment and A Groom For Mama.
EXCERPT:
With a sweep of his hand, Jack spread the photos out on the table in front of Allison and Beverly. “Here’s a few I just grabbed from the database. Any of them interesting?” He studied Allison’s reaction. She didn’t bat an eyelash as she scanned the men’s pictures. Then, without warning, she scooped them up and shoved them at him.
“I told Mama I wasn’t going to do this. It’s a stupid idea.”
“I’ll admit it’s not the ‘some enchanted evening, see a stranger across the room’ romantic way to find a husband, but it’s not totally unacceptable. Several of the couples my company has brought together have married.”
“And lived happily ever after?” she retorted.
“It’s a new company, Allison. I don’t have the stats yet.” He pushed the photos across the table. “Just take a peek. What harm can it do?”
Beverly grabbed the photo of a particularly handsome man. “How about this one? His coloring complements yours. You’d have beautiful children.”
Mama!” Allison snatched the photo away. “We’re not going to discuss my possible, yet unlikely, progeny in front of Jack.”
A flash of Allison kissing this guy flew through his head. He grabbed the photo from her. “He’s not your type anyway.”
“And just how do you know?” she asked.
“I dated you, remember? You ditched me for some suave, corporate hotshot. At least it’s what you said.”
“Allison!” Beverly exclaimed. “You never told me that.”
Allison shot him a fierce scowl. “I’m not comfortable discussing my love life with you, Mama. Besides, what’s done and over with should be buried . . . in the past.” She picked up another photo. “What about him? Or him and him?” She pointed to two nerdy-looking fellows. “They seem corporate.”
Mama leaned over and checked out the pictures Allison had indicated. “Too ugly,” she said. “He’s got to be handsome. Like Jack. I want to know my grandbabies will be as beautiful as you two.”
He grinned. “Thanks for the compliment, but I know I’m not your daughter’s type.” He laid a sheet of paper on the counter. “Fill this out. Then I can get a better idea of what you want in a husband.”
“I don’t want—”

“I know,” he interjected. “But, for your mom’s sake, just pretend you do.


Tell us a little about yourself and your writing
Before becoming a romance writer I was a freelance writer for 10 years for a local newspaper. I had no formal training for the job. One day, I just thought, I can write as well as this reporter. Egotistical and naïve, I know, but sometimes that’s what gets us where we need to be. So I studied the paper, tried to come up with an idea to pitch, and with my knees shaking so hard I thought you could hear them knocking, I approached the editor.  He liked the idea.  I wrote the article for gratis and later asked what kind of articles they’d like to see. I was offered a contract as a stringer. You could have knocked me over with a feather I was so surprised. From there I started writing magazine articles, and children’s articles and curriculum for a local Christian publishing house.  I got interested in the local RWA chapter because I wrote a news article on their conference. I made some really good friends from that chapter, and the romance writer career was born. I’d been writing plays with my husband also, and full-length fiction seemed like a natural step forward.
My first book The Nun and the Narc is an inspirational romantic suspense, and has a lot of comedy in it. One of the reviews said, “You know that you aren’t supposed to laugh during a romantic suspense book, right?  And it’s a different kind of Inspirational Romance, too.  There were times in this book that I was rolling with laughter.  We needed the laughter considering that Maggie and Jed were dealing the Mexican drug cartel, trying not to get killed in the process and coming to terms with their faith and each other.  Oh and falling in love…”
I think I have a thing for comic relief in a story since it seems to creep into most everything I write. A Groom for Mama is a sweet romantic comedy, with a touch of drama. It will hopefully tug at readers’ hearts one minute and make them laugh the next minute.
Do you write full time?
I’m a full-time writer who writes as the tyranny of the urgent hits me.  I don’t keep a regular writing schedule, but do most of my writing in the afternoon and evening hours. Mostly because I’m a bit of a night owl.
What are your writing inspirations?
I find inspiration everywhere. My daughter bought me a tee shirt that reads, “Watch out, or you might be in my next novel.” That’s true, because someone might say something that sparks an idea, or a title (which will spark a plot). I can see something or someone one on the street and get an idea, or read a news article and a story blooms. I have notes with descriptions of people that I know will end up in a book someday. Everything is fodder for my imagination.
How did you come to write this story?
A Groom for Mama was originally a radio play I had co-authored with my husband in 2003 for a local radio play contest. The radio play was entitled A Bride for Mama and featured a hero whose dying mother wanted to see him married before she passed. The whole play had to fit into a time slot of about 20 minutes. Events happened fast and furiously, with snappy dialogue, and a lot of sound effects to illustrate what was happening. The play finaled in the contest, but didn’t win. A few years after the publication of my first inspirational romantic suspense book, The Nun and the Narc, I was looking for something new to write and I asked my husband if he’d mind if I used the basic premise of our play for a sweet romantic comedy. He agreed, so I changed the main character to a female, gave her a string of disastrous dates set up by an old boyfriend in exchange for Mama seeking a cure, and A Groom for Mama was born.
You are very prolific, what project will you be working on next?
I’m currently working on a Christmas book with an angel as the heroine, and I’m also plotting another book with my husband.
One surprising or interesting fact about yourself.
I can write backward and with my non-dominant hand.
Is there anything else about yourself you’d like to tell us about yourself or your writing?
Not specifically about my writing, but writing in general. It took seven years to find a home for my first novel. I knew it was a good book. Editors had told me so. Readers had told me so, but it just needed the right editor and publishing house to find it. If you have a book you can’t sell, but know because of contest comments, wins, or placements that it’s a solid book, don’t give up on it. Don’t obsess over it either. Go on and write the next thing and the next thing. Eventually you will sell a book. It may be the one you’ve had a hard time selling, or it may be something entirely new. No matter what, all the hard work learning your craft will be time well spent.
Thanks for having me today. It’s been fun. As a bonus, I just found out that The Nun and The Narc will be FREE from September 20-24!

Where novice Sister Margaret Mary goes, trouble follows. When she barges into a drug deal the local Mexican drug lord captures her. To escape she must depend on undercover DEA agent Jed Bond. Jed’s attitude toward her is exasperating, but when she finds herself inexplicable attracted to him he becomes more dangerous than the men who have captured them, because he is making her doubt her decision to take her final vows. Escape back to the nunnery is imperative, but life at the convent, if she can still take her final vows, will never be the same.

Nuns shouldn’t look, talk, act, or kiss like Sister Margaret Mary O’Connor—at least that’s what Jed Bond thinks. She hampers his escape plans with her compulsiveness and compassion and in the process makes Jed question his own beliefs. After years of walling up his emotions in an attempt to become the best agent possible, Sister Margaret is crumbling Jed’s defenses and opening his heart. To lure her away from the church would be unforgivable—to lose her unbearable.

That’s also on my TBR list! Always a pleasure, Catherine! 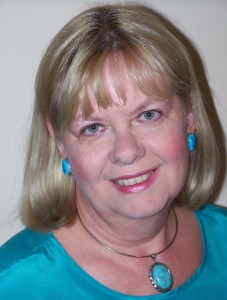 Author Bio
Multi-award-winning author Catherine Castle has been writing all her life. Before beginning her career as a romance writer she worked part-time as a freelance writer. She has over 600 articles and photographs to her credit, under her real name, in the Christian and secular market. Besides writing, Catherine loves traveling with her husband, singing, and attending theatre. In the winter she loves to quilt and has a lot of UFOs (unfinished objects) in her sewing case. In the summer her favorite place to be is in her garden. She’s passionate about gardening and even won a “Best Hillside Garden” award from the local gardening club.
Her debut inspiration romantic suspense, The Nun and the Narc, from Soul Mate Publishing was an ACFW Genesis Finalist, a 2014 EPIC finalist, and the winner of the 2014 Beverly Hills Book Award and the 2014 RONE Award. Her most recent release, A Groom for Mama, is a sweet romantic comedy from Soul Mate Publishing.  Both books are available on Amazon
Links:
Buy link for A Groom for Mama
www.amzn.com/B074SZSGB1
Buy links for The Nun and the Narc
http://amzn.com/B00CHU9DH2