On Saturday March 10, the featured book is Storm Watch, and the answer in the excerpt below. Join the scavenger hunt here. Good luck! 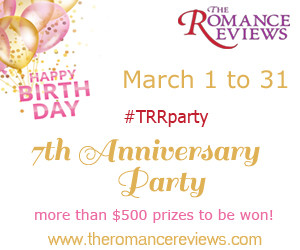 Visit TRR daily to answer the questions posed by the authors and you will be entered to win.

I’ll be giving away ebook copies of the full Unfinished Business Series!

Book One: Would you take a second chance?

Book Two: Was getting out, getting away, enough?

Book Three: One last chance, their only choice.

Hurricane Caroline had veered out to sea, was picking up strength, and canoodling with Hurricane Dennis, another Category Two storm. The meteorological maelstrom had riled Elisabeth Barrett’s ghost, and she was twisting Liz’s insides like she was wringing out a sodden handkerchief.

In her mind, Category Two plus Category Two would equal a Category Four, but this unprecedented mating might become a Category Five storm on track to hit Cape Cod and the Islands. And they were going to name it Edward, which was why Elisabeth was pounding Liz’s head, insisting her long-lost sea captain was returning for her at last.