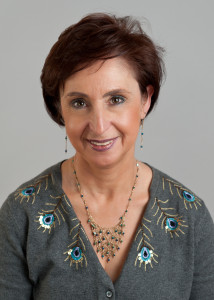 Carole Ann Moleti lives and works as a nurse-midwife in New York City. She writes both fiction and non fiction that focuses on women’s and political issues. The Unfinished Business Series of paranormal romances, Breakwater Beach, The Widow’s Walk, and Storm Watch, were published by Soulmate. Short story versions of her urban fantasies have been published in several of the Ten Tales anthologies.

Her memoir, Someday I’m Going to Write a Book: Diary of an Urban Missionary, chronicles a career as a public health professional in some of the City’s most dangerous areas, including the South Bronx, Harlem, and Washington Heights. The title of Carole’s mommy memoir, Karma, Kickbacks and Kids, is self-explanatory.

Carole’ creative nonfiction has appeared in a variety of literary venues ranging from the edgy and irreverent Not Your Mother’s Books to sweet and sentimental selections in This Path, two Thanksgiving to Christmas anthologies, and Oasis Journal, which awarded Carole their first prize for best nonfiction in 2009.

“I Will Sleep No More Tonight,” an excerpt from Karma, Kickbacks and Kids, is featured in the Shifts Anthology, which won the 2016 New Generation Indie Book Award and was nominated for a 2016 USA Book News Award, both in the Women’s Issues category. 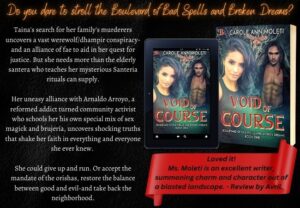